the pope is naked

Jago is an Italian artist of thirty-one years old and passionate about the art of sculpture. One of his mentors is Michelangelo (1475-1564) not to be mistaken for the new pizzeria that just opened in the neighborhood neither the Ninja Turtles!

Mich-mich (for his relatives) is known to have painted the ceiling of the Sistine Chapel (1505-1512), do you remember your history books? Basically, the Sistine Chapel is the Pope’s house in the Vatican. Michelangelo painted this famous fresco entitled “The Last Judgment”. You know, this great painting with the two guys who stretch their arms towards each other to touch the fingertip? That’s his!

Jago wonders what Michelangelo would have done today if he had access to social networks. Imagine being able to follow the evolution of his painting with a time-lapse video on Facebook!

Jago doesn’t want to miss this and films the process of all his creations. I grant you Italian modesty is occurring, but that’s how we love them isn’t it? The idea is that it may be more interesting to see how the work is done rather than the final work itself.

“The pope is naked” is one of the sculptures for which this idea of a time-lapse video is interesting. While this sculpture of the Pope was exposed, Jago receives a message from his father saying “Mich-mich, the Pope resigns himself and leaves his religious dress”. Jago brought the sculpture back home and literally started to undress it with his tools. Version 2 of the sculpture is born and the Pope is naked! Grazie Jago.

from the same artist 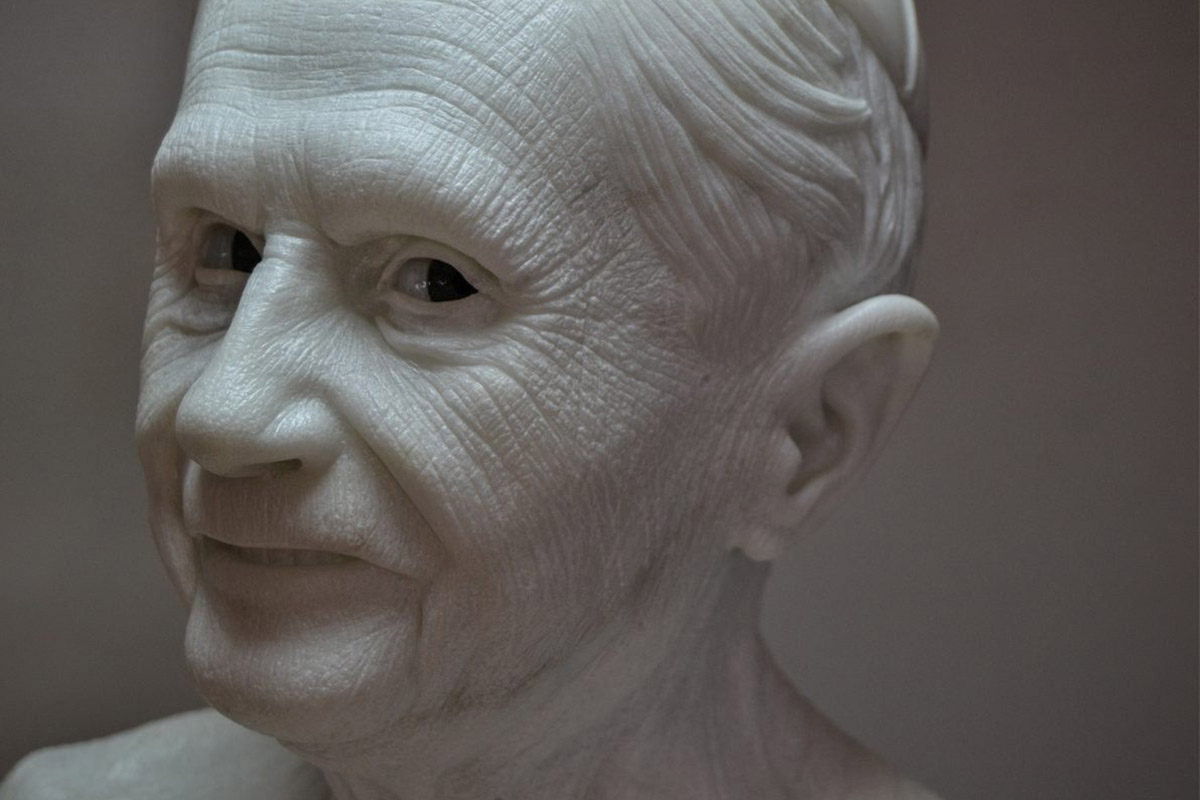 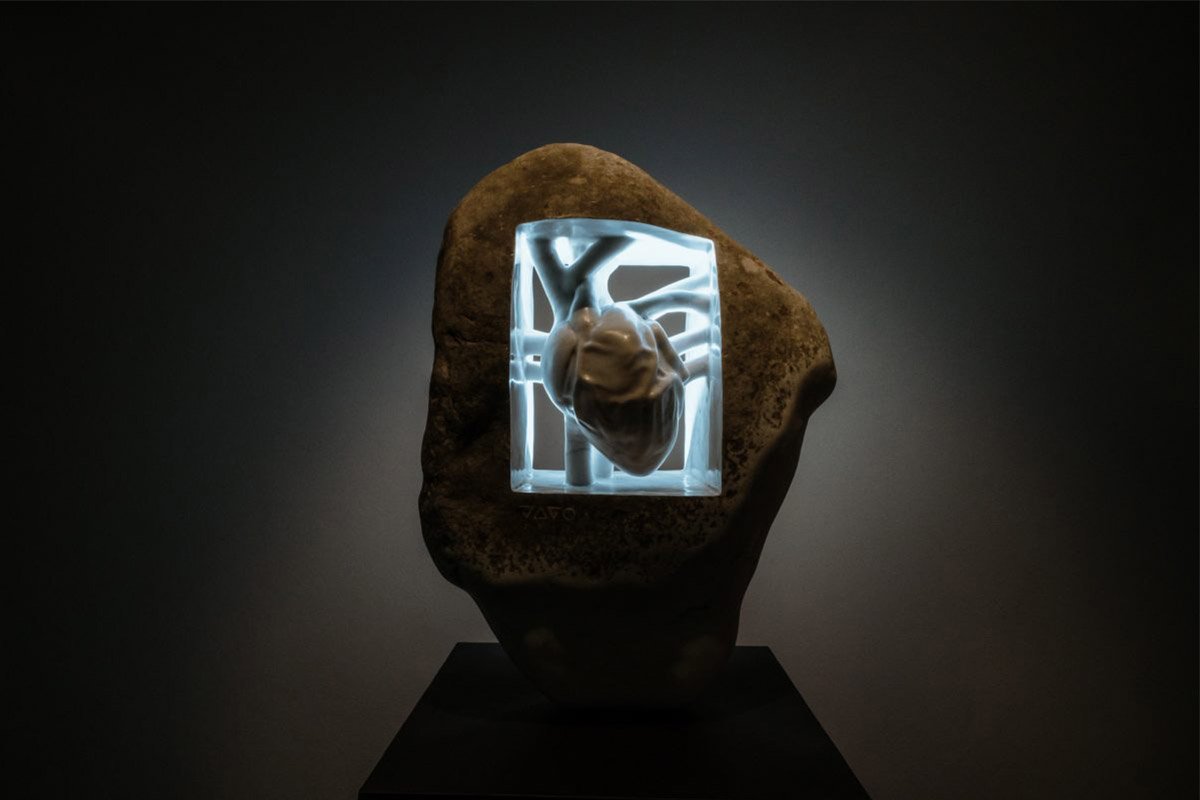 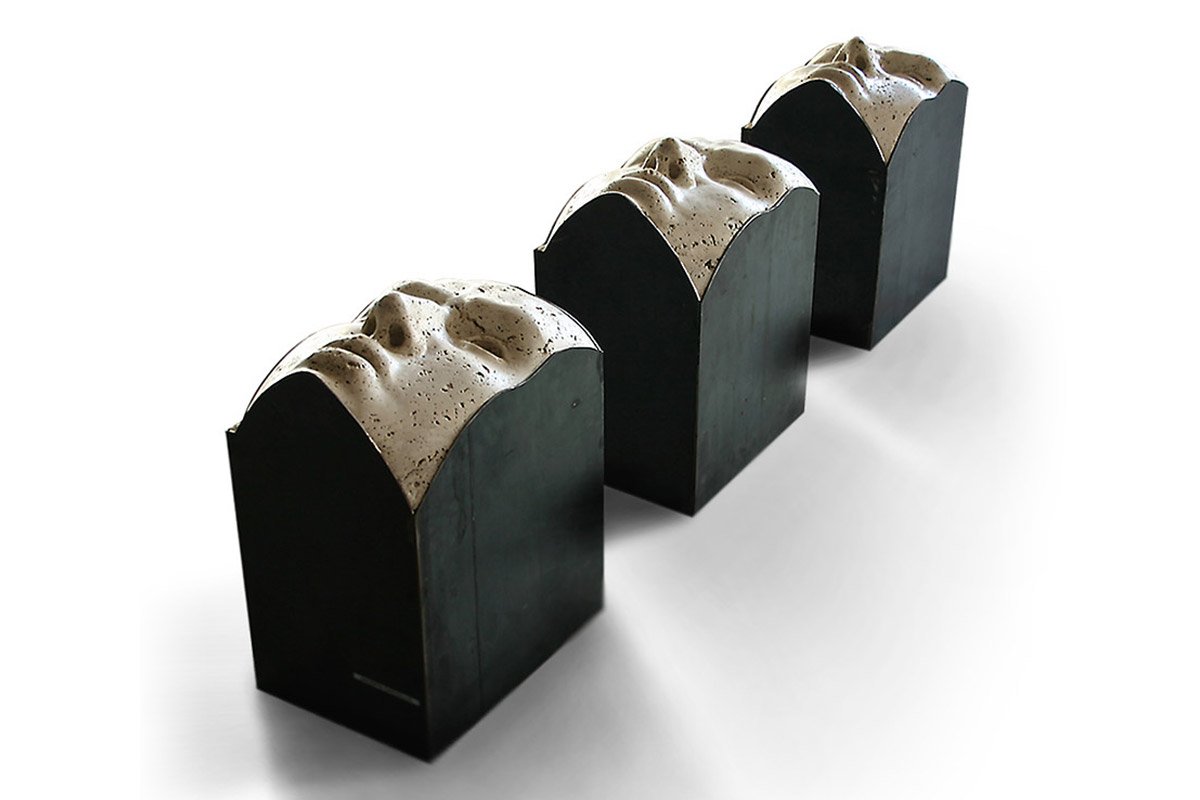 Jago is full of interesting resources and concepts. Above a small example with the “Mineral Muscle“, the “Train” and “Excalibur“. Did you know that the AK-47 (in plastic) is the most popular children’s toy in the world? The real one is easily found in Congo at the same price as an Xbox®.

Back to the blog

Your email address will not be published.